It’s been far too long since we’ve all gotten together, so let’s get caught up on this beautiful Good Friday, shall we? We are quickly approaching the pinnacle of American sports in the calendar year (at least in my opinion.)

The Final Four tips off this weekend, Opening Day at Busch Stadium is just a few days away, the NHL postseason — the most grueling post season in professional sports — will be here soon, and of course who can forget the most competitive (if not the most arrogant) golf tournament of the year, The Masters from Augusta, Georgia. For me, the only time period that rivals April is the consolidation of postseason baseball, the heart of college football season, and the beginning of the NHL regular season in October. That’s why we will veer away from #sandwiches in this blog post and focus on sports.

Before we go any further, I have to give a big “thank you” to all of my readers for your continued support and comments on the content I’ve published so far. I truly do appreciate feedback, positive or negative, and I hope to whip out new posts on a more consistent basis going forward. Now, for you readers who’ve enjoyed the sandwich reviews, I think you will be very pleased with what’s to come this spring and summer. I know I’m excited. Now without further ado, let’s go rapid fire.

The Missouri Tigers men’s basketball season came to a disappointing end two weeks ago as the shorthanded squad fell to the Florida State Seminoles 67-54 in Nashville during a first round game in the NCAA Tournament. The shorthanded Tigers fell behind early and trailed by 22 at the half. They were able to use a second-half run to cut the lead to as little as 8 points, but ultimately ran out of gas before losing to the 9th-seeded Seminoles.

First-year coach Cuonzo Martin knew that the task would be a difficult one as his team was limited to only seven scholarship athletes in the first-round matchup. One of his seven available scholarship players was no other than the savior himself, Michael Porter Jr., who had been sidelined for nearly four months following back surgery. Porter Jr., who recently announced he would declare for the NBA Draft and not return to college, was one of the most celebrated college basketball recruits going into the 2017-18 season. One could argue that his commitment to the University of Missouri breathed new life into a basketball program that had been by all accounts deceased for three years.

Before taking himself out of the game during the season opener vs Iowa State, MPJ was a MacDonald’s All-American, #1 recruit in the nation and widely considered a top 5 pick in the 2018 NBA Draft. His explosiveness and 6′ 10″ frame, coupled with his ability to ball handle and shoot the deep ball, made him a kind of player that could take over a game for any team at arguably any level.

That’s not the MPJ Mizzou fans saw in Nashville two weeks ago.

Porter Jr. trudged his way up and down the court, was mostly kept in check around the rim, was missing touch in his jumpshot and at times looked lost on defense. He shot just 4/12 from the field (1/4 3pt) yet still locked up a double-double with 16 points and 10 rebounds. The most poignant moment of his night came under 10 minutes in the second half in which Porter Jr. simply bent over hands-on-knees in complete exhaustion, almost like something you would see in an adult church league.

Now, let me be clear. I am not here to rip apart the forward from Columbia, Missouri, quite the opposite. It was clear to anyone who has watched 5 minutes of competitive basketball that Porter Jr. was not in shape. There was no explosiveness. There were no windmill dunks. No bone-shattering blocks off a Florida State fast break. No no no. It was obvious that three+ months of not being able to run, jump, take a charge or participate in full contact drills affected his ability to be in game shape. How could it not?

I am not here to rip apart Michael Porter Jr. I would like to praise Michael Porter Jr. for his grit and eagerness to return and try to help his teammates advance in the Big Dance. The guy may have easily told the Missouri coaching staff that he’d decided to watch his teammates from the bench in sweats. He could have (maybe) risked re-injury. He may have already hurt his NBA Draft stock. Michael Porter Jr. had everything to lose by stepping back onto the floor, but he did it anyway. I truly believed that he cared about his team’s success and a shot from the broadcast that showed Michael with tears in his eyes as the final seconds ticked down all but confirms that. For that, I salute you, Michael, and wish you the best of luck in your professional career. 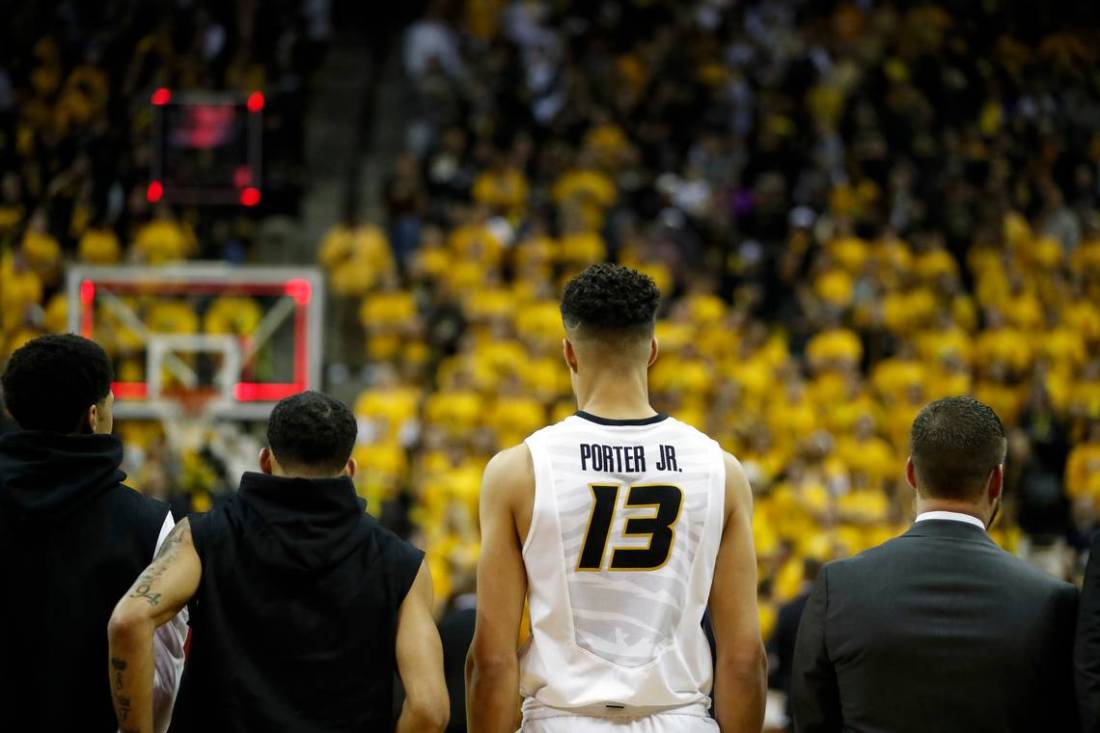 There still is much to break down from the end of this memorable season, but to go quickly:

Check back very soon for another round of Rapid Fire, where we will recap the St. Louis Blues’s late season resurgence, and what to expect from the Cardinals in 2018. Until next time…..

View all posts by themaushaus93